Because I adopted a mostly vegan diet in Paris, which it turns out isn’t the best place be vegan. I’ve always like a challenge, however, so it seemed fun to present ways you could eat out or make delicious vegan food while living here (occasionally I order something like chia seeds from Amazon though.)  I’m not the most “strict” vegan in the world, meaning I still eat chocolate from time to time and if traveling and no other option is available (think South France), I will have some fish or cheese.  As far as why I choose to not eat animal products… it’s about 80% for health reasons and 20% because I really like animals.

Saying hello to some cows in south Belgium

How did all this get started?: In the winter of 2010, after living in Shanghai for almost two years, I ran a marathon and then I moved to Europe. While living here, despite eating (red) meat several times a week, I started to have a lot of issues with iron deficiency. I went from running 10 kilometers as an “easy day” to not being able to walk up stairs in a matter of months. I canceled my registration for my next marathon and continued to battle this and other nutritional issues for over a year and soon I was out of shape, tired all the time and consuming 3 cups of coffee per day along with plenty of French cheese and other animal products. At one point I even tried to eat a hamburger everyday for lunch to help with the iron issue —  that resulted in nightmares about cows.

Over the summer, I started to read about other runners who were on plant-based diets. They seemed to all be healthy and very much enjoying their food. I thought I would try it (as well as quitting coffee) and after experiencing it and researching more, I don’t think I will be changing back to an omnivorous diet anytime soon. It turns out there are plenty of non-animal sources of iron.

Is it difficult being a vegan? Yes and no. The hardest part is going to restaurants, especially in Paris when customizing your food is generally not accepted. I now live with my steak-loving boyfriend, so cooking brings the added challenge of pleasing a non-vegan. As working people we also face significant time constraints, meaning I don’t have time to source ingredients like tempeh or prepare a fancy vegan cashew cheese pizza from scratch. Mostly I view it as a challenge in simplicity and feel I have re- discovered vegetables in a way. As an added bonus, I have not had a cold once since I started a mostly vegan diet. (Edit, I caught one cold after standing around in the cold and rain for half a day after running the 10k of Mont Blanc – oops!)

And the blog? The blog is an exploration of simple recipes readily available in the Parisian food market (most often Monoprix and a local fruit/vegetable stand) as well as restaurant reviews from around Europe. I do my best to update it at least once a week, but don’t always succeed. I also include plenty of my adventures with running, which compliments the vegan diet as a part of a healthy lifestyle.

Waving ‘hi’ at the 16km mark in the rain 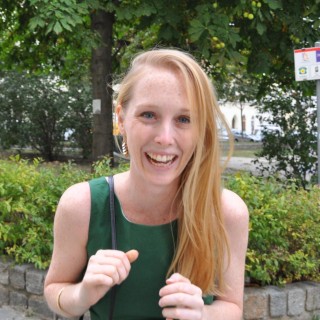